As announced at the Annual General Meeting of the Institut de la Langue Régionale Flamande on March 30th a training course was to be organised in four sessions from April 29th to May 20th.
The training course aims to meet the request of some supporters of West Flemish in France who wish to know more about our regional language and its evolution and to have a better grasp of the linguistic mechanisms at stake in its spelling.

The first training course, which took place from April 29th to May 20th under the supervision of linguist Philipe Simon, was attended by a large audience. Another course of training will be organised in evening classes in September. You can contact us right now to apply. 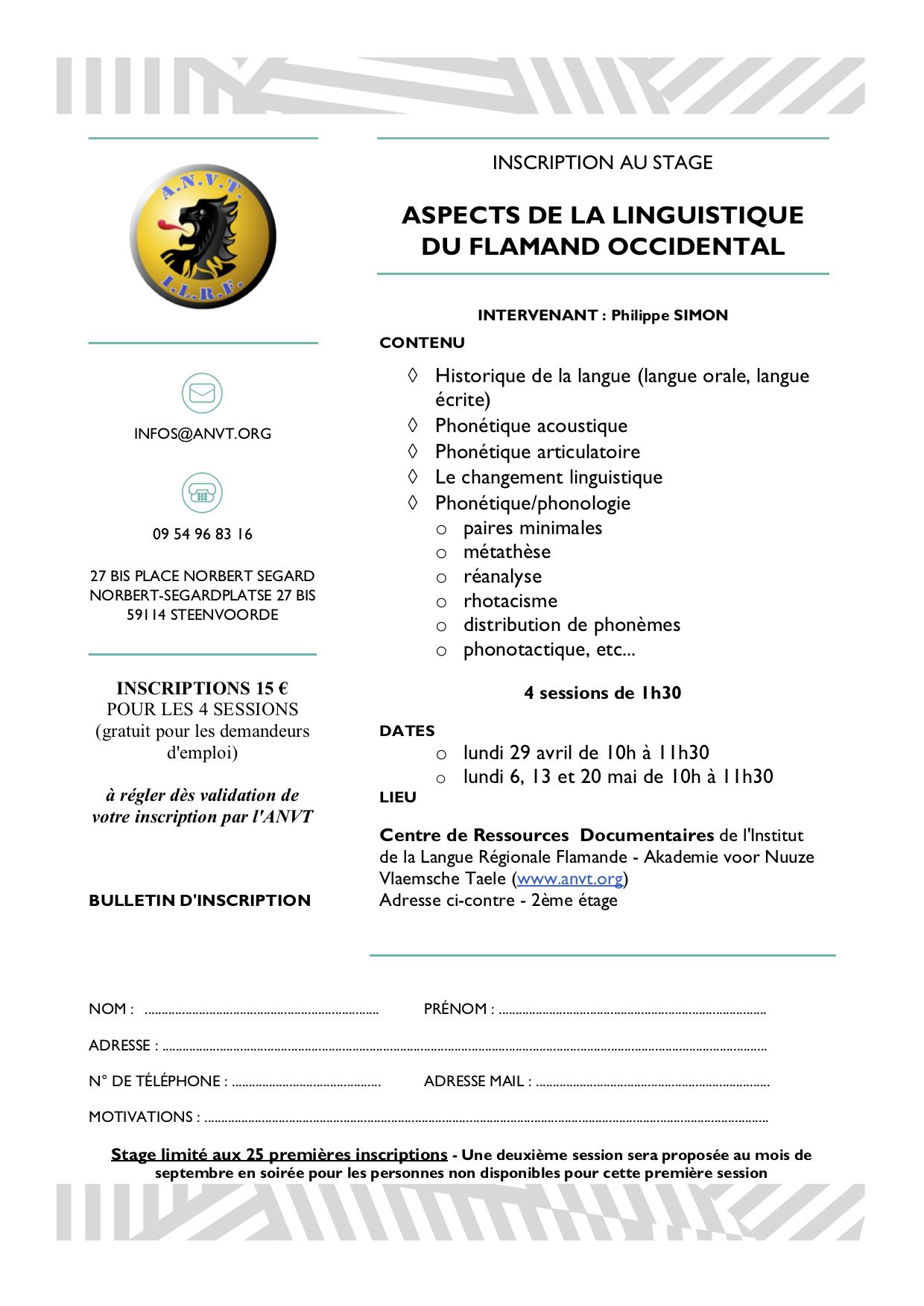